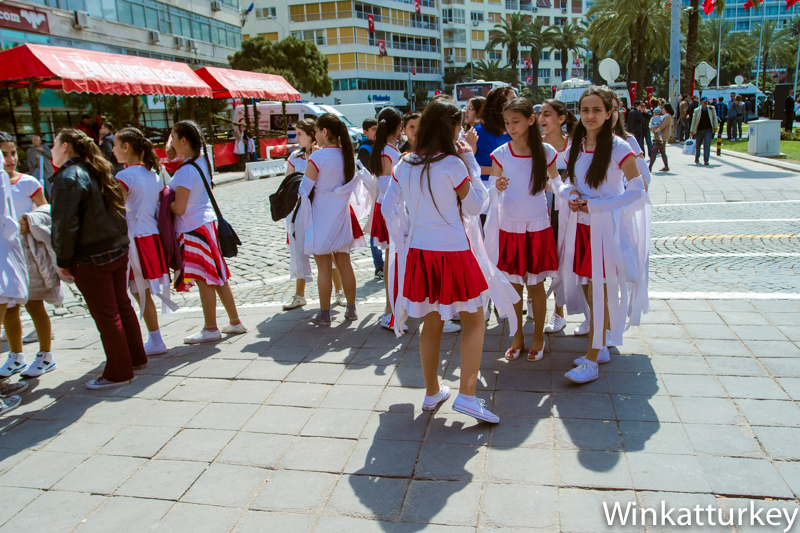 The 23 April 1929 the ninth anniversary of the establishment of the Turkish parliament held. The founder of the Republic, Mustafa Kemal, decided to give this important day to children in the country as a symbol of hope for the future. Turkey became the first country in the world to have an official annual festival dedicated to children. Since then it is one of the most celebrated days of the year.

The 23 April children are invited to take the seats of parliament, and the President, Prime Minister, provincial governors and mayors. The session of parliament occupied by children spent debating issues related to children, education and sport. It is a day to see the kids acting as major rather than the usual show greater behaving like children. At the end of the legislative session decisions affecting children are approved and have been booked for that day. Laws are written by a child and have full force. The same applies to the offices of other senior and children signed decrees and orders.

Across the country festivals are held in hotels, malls and public places where all children are invited and refreshments and lemonade spread. Formerly children dressed in festive costumes, although it is easy to imagine how little lasting ties around the necks of children or heels on feet girls.

Prior to 23 April, schools and colleges organize competitions and festivals to commemorate the children's day. The culmination of these activities take place during the day of the celebration with parades and performances in squares and stadiums across Turkey. As in all national holidays, people hang flags from balconies and official buildings, hotels, corporate headquarters, etc., do the same hanging huge banners that cover much of their facades.

Izmir Ataturk statue in the 23 April

The flags on the balconies celebrate 23 April

Republic Square of Izmir the 23 April

Girls after the festival 23 April in Izmir.