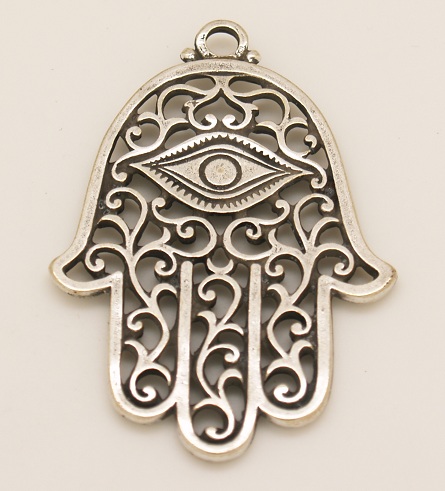 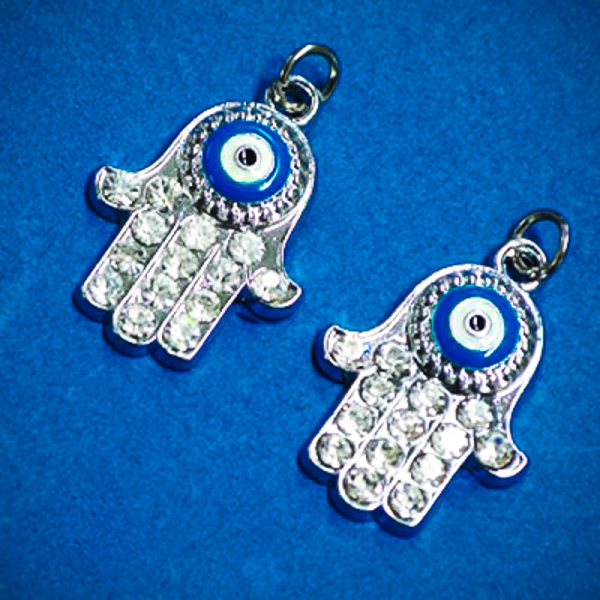 One of the activities that most attract tourists are shopping at bazaars, shops and street stalls that we find everywhere in Turkey. The Hand of Fatima is one of the most preferred memories. It is an old amulet also known as jamsa that we find as hanging, ornament for bracelets, earrings, etc.. Some people think it is a Muslim symbol but actually its history is much older and all Eastern cultures use the Hand of Fatima. Jews call it the hand of Miriam and to Levantine Christians it is the hand of Mary. In any case is a nice reminder that we can get at a good price, yes, after the obligatory haggling. This is his story and meaning. 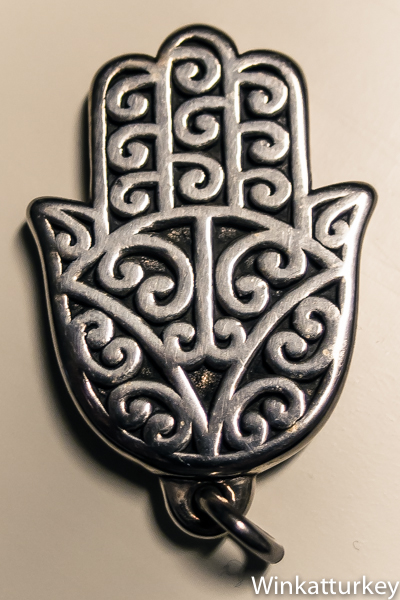 Since ancient times, symbols representing a hand were used in the East. Both Mesopotamia, Egypt or even in faraway India, evidence has been found of the use of similar symbols and each culture adapted them to their own beliefs. Phoenicians and Carthaginians used the jamsa to represent their goddess Tanit and later Arabs and Jews added it to their symbolism. There are many legends and stories about the benefits that the amulet gives to those who carry it. In addition to good luck and protection, the hand of Fatima is associated with fertility and prevents infidelity.

A nice story tells that a mother was decorating her hands with jena when his son came to say goodbye on his way to a battle. The mother hugged and kissed him begging him to be back alive. On his return, the son appeared covered in dust and blood and the mother lovingly washed him. It was then when she found in her son´s back the drawing that his own hand had recorded there due to the jena and so that kind of jamsa had protected the young man.

To Muslims, this symmetrical five-fingered hand reminds Fatima, Muhammad's daughter, who was unable to avoid the pain that meant to her seeing her husband coming with a new concubine and self injured her hand by inserting it into the pot that was in the fire. As Islam has five pillars, they are said to be represented by the five fingers of the jamsa, but if we make a strict interpretation, amulets are banned in Islam. Arabs brought the hand of Fatima to Spain and its use, that was shared by Jews, spread throughout the whole population. It was customary to place a jamsa at the door to give protection to the house and due to it jamsa began to be used as caller or knocker. In many parts of Latin America those knockers have been using until recently coming from that medieval custom in Spain.

To Jews the amulet is known as the Hand of Miriam in memory of the sister of Moses, who monitored the basket in which his brother sailed down the Nile until he was found by the Pharaoh´s daughter. The use of the amulet by both Arabs and Jews made that several peace organizations in the Middle East have chosen it as a symbol of the affinity and coexistence between the two peoples. Miriam's name is the same as Mary and is it used by the Levantine Christians to name the jamsa.

In Turkish bazaars we can find the Hand of Fatima with an eye in the center, something that is also common in Greece. The designs and materials are varied. There are very affordable hands of Fatima to be used as silver hanging with a bracelet or as earrings. There are also ceramic or iron pendants, even we can find slightly larger ones with pretty colors. In some stores where they sell souvenirs in the form of alem, there are also pieces in which the crescent is replaced by a hand of Fatima. The imagination of the Turkish artisans is great and certainly we will find a jamsa to take as a souvenir in our visit to Turkey.