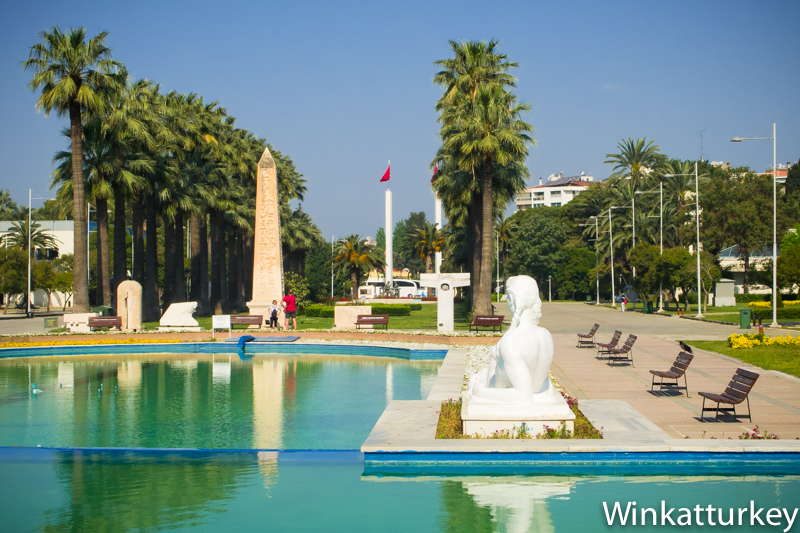 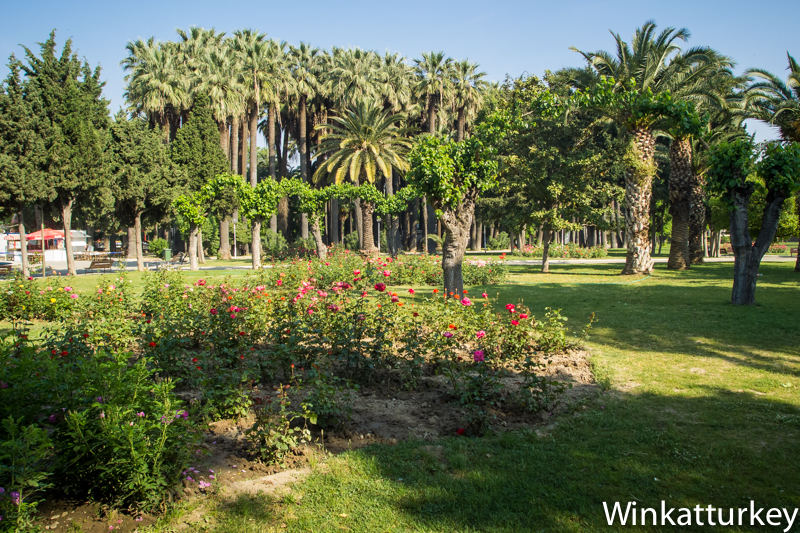 Izmir is a city of 4 million people with a fairly chaotic urbanism. However, in fullness Alsancak, the central district of the city, find a large park that reminds people of Izmir forests surrounding. Forty acres of trees, grounds, children's play areas and even a small amusement park that often go unnoticed by tourists, focused on the Bazar de Kemeralti and seaside stroll along the Kordon. Si visite Izmir, find time out to relax in the largest city park. 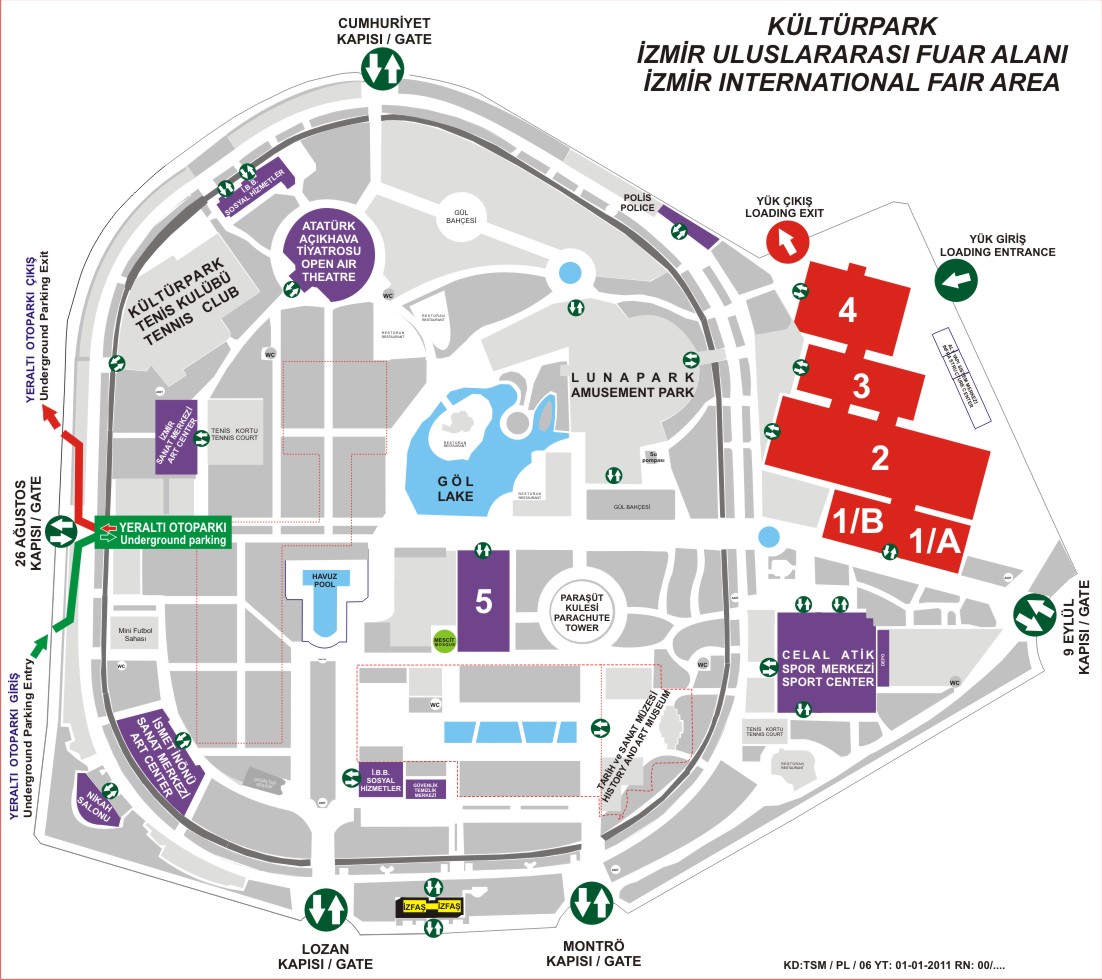 In 1922 Izmir suffered a major fire and the area around the station Basmane was among the most devastated. The ancient Greek district of downtown was transformed into a large park is now Kulturpark, where we find more than 200 plant species and can walk or some exercise. In Turkish society has not yet been extended culture of sport, but Kulturpark is a strong incentive to change their habits. A tartan track 2 kilometer surrounding the park and is one of the few places where people are exercising. In addition, in several areas of the park there are areas with exercise machines.

Kulturpark is world renowned for its international trade fair. Every year in September the general fair is held throughout the year and there are theme events on cars, tourism, gastronomy and much more. Many people come to these events and the area has been filled Basmane hotels that welcome thousands of visitors received. The idea of ​​the show was Ataturk and began to be held in the place where today is the Swiss hotel.

Lake with parachute tower in the background

In the center of Kulturpark found a lake with cafes and restaurants around. You can rent pedal boats and cross the pond that has even a small island center that can surround while pedaling accompanied by fish and ducks. If we have traveled with children, is a good choice to switch to museums, ruins and bazaars.

In Kulturpark está from theater to aire libre Ataturk, a facility capable 3000 people, and Art Center Ismet Inönü accommodate 750 visitors; there is also a sports center and tennis club. If we have been in car, is very important to know that at the north entrance, opposite the fairground, hay un parking subterráneo, one of the few places in the center of Izmir where found parking without problems. I do not recommend trying to save the price of parking in the streets because it is almost impossible to park and also the area is usually congested.

Leaving the park we will be in a fairly open area of ​​trees, to show the extension of the park. From there we can see the old tower and the west entrance skydiving, the most spectacular. A corridor of palms leads to an obelisk which is located forward a pond flanked by statues of lying. Flower beds dotting this vast area. At the opposite end of the pond, near the entrance and the Art Center, there are two statues of Ataturk chatting with his fellow soldier and friend İsmet İnönü, second President of the Republic and birthplace Izmir.

When the warm weather arrives, opens the lunapark, a small amusement park that has just completed the entertainment of this haven of tranquility situated between the port and Kemeraltı bazaar.

Dolphins near the entrance to the fairgrounds

Lunapark from the east entrance