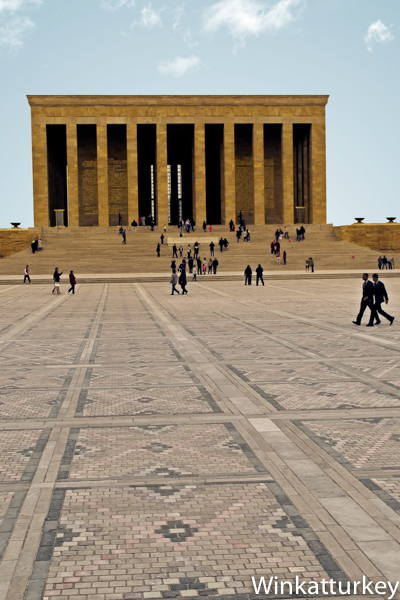 Turkey can not be understood without knowing the work of Ataturk. Mustafa Kemal was faced with the task of transforming a backward Islamic state in a modern country like other European nations. Not only expelled the Sultan, He abolished the sharia and established political parties but built a strong national consciousness looking ahead. The Turks still thanking all in a way that calls attention to the foreign visitor. In his mausoleum in Ankara are symbolized their ideas and affection of his people.

The mausoleum was started in 1944 and the work was completed in 1953. There are buried Mustafa Kemal and the second President of the Republic, Ismet Inönü. The place plays an active role in the life of the Turks and all national holidays concentrations and events are held. All foreign officials visiting Turkey come to pay their respects to the founder of the republic and so do many delegations visiting the country. Si vamos a visitar Anitkabir, we must take into account the calendar of Turkish parties because the place will be occupied by massive celebrations on children, 23 April; Day of Victory, 30 August; Republic Day, 29 October and the anniversary of the death of Ataturk, 10 November. 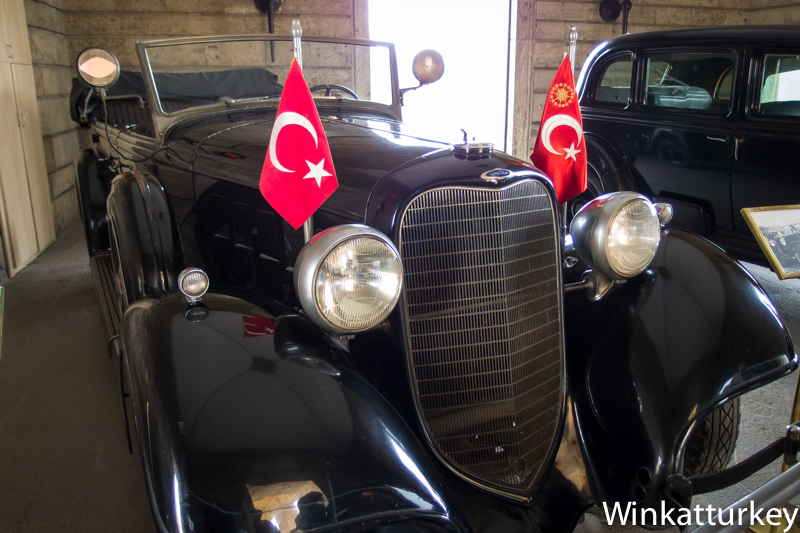 The peace park surrounds the monument and occupies almost all of the hill on which the complex stands. It is the realization of the famous words of Ataturk “Peace at Home, peace in the world”. Trees and plants were brought 24 countries and different parts of Turkey, currently there 48.500 copies of 104 species.

The entrance to Anitkabir is along the path of the lions, a route to 262 meters flanked by 12 Hittites couples seated lions represent power and tranquility. The floor tiles are separated by gaps of 5 inches wide that al Obligo visitor to walk slowly, respecting the solemnity of the place.

At the end of the road Lions will reach the huge expanse of ceremonies, designed to accommodate 15.000 people whose land killim mimics a giant made of stone. Across the square waves a Turkish flag hoisted on a mast over 33 meters high. The mast was manufactured in the U.S. and Anitkabir donated by a citizen of Turkish origin named Nazmi Cemal. 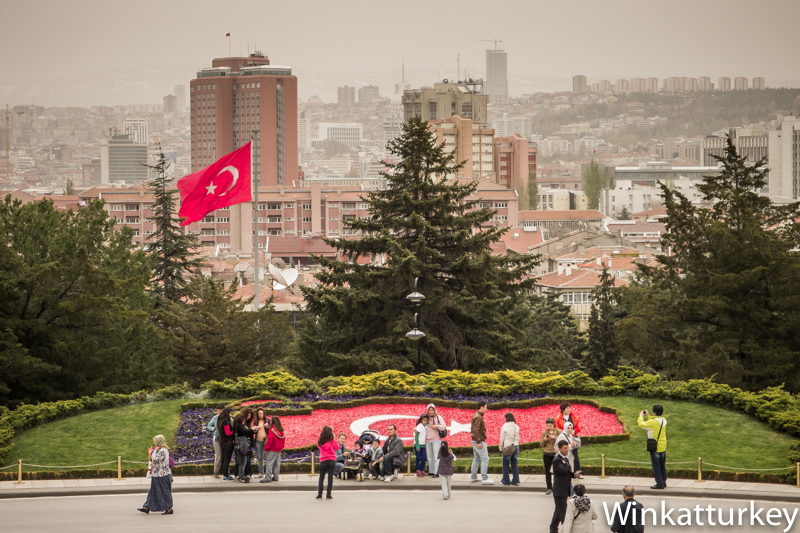 Left, see the Mausoleum itself. It is surrounded by a rectangular column structure 14 meters high. Inside we find the symbolic sarcophagus Ataturk. It is a monolithic block of red marble that contains the body of Mustafa Kemal. To get to the place where he is truly buried, we go down to the chamber beneath the sarcophagus there. The tomb is surrounded by pots with soil brought from each of the provinces of Turkey.

In addition, the great square of ceremonies is surrounded by ten large columns that host various exhibitions on construction site, guestbook, the museum of personal items Ataturk, etc.. In the construction of the entire complex stone and marble of various places in Turkey was used trying that all territories were represented.

It is very likely we agree with visits from groups and families from all over Turkey. Anitkabir receives more visitors than those attending all matches of the Super League football all year. Many Turks are excited to see the place they consider their national center feel and see people who can not help the tears, something that has also happened to several foreign leaders. A special visit, clearly.