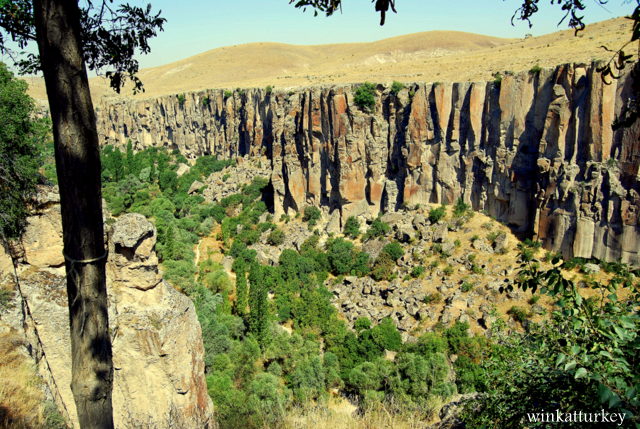 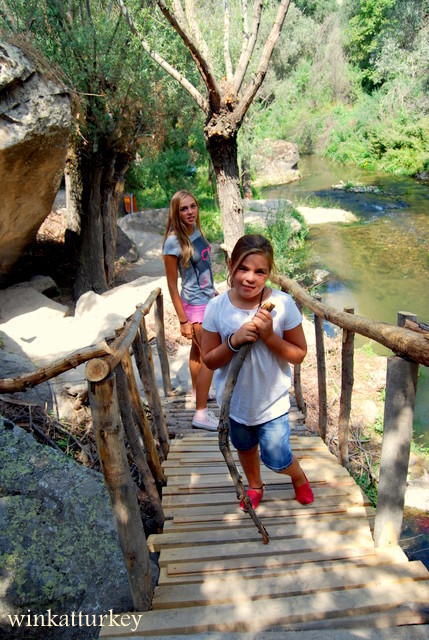 One of the tours we did during the days we were in Cappadocia was to visit the Valle de Ilhara, and way back to Göreme stop to visit one of the most famous underground cities, “Kaymakli location”. The tour must say that is totally recommended.

One can not imagine, after recorrrer kilometers of arid land in the area ,you can find a place, an oasis in the desert. Cross it is a pleasure, enjoying nature, the coolness of the shadows of the trees and the small river running through it, observing the impressive rock walls and discovering hundreds of churches one finds hidden along the way. A great choice for hikers or families with children who need a little run around and let off steam in the countryside.

Ihlara Valley is near Mount Hasan and Mount Melendiz (2 of the 3 volcanoes of Cappadocia). This is a canyon or gorge 100 meters deep and 14 Longitude de mi. Not only interesting as a natural site, but also as a curious place where ancient Christians left a huge architectural footprint, hundreds of hidden and churches scattered throughout the landscape. 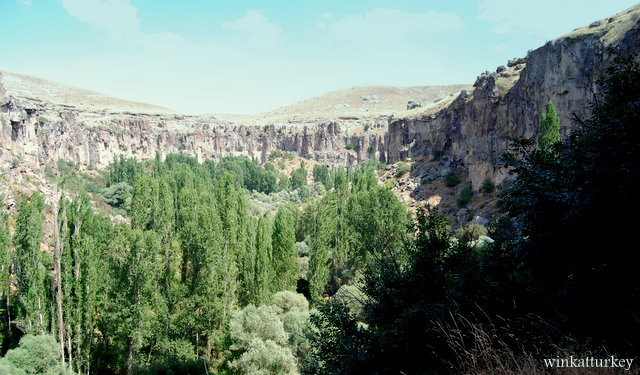 I recommend avoiding the winter months, because the area is really cold and snow or rain, they will not let us enjoy this beautiful tour.

Access to the valley is allowed all year, but hours vary:

Map of the area: 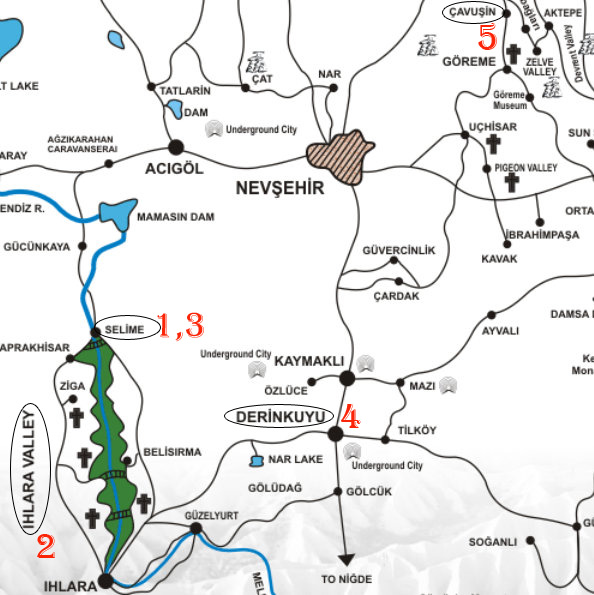 We decided not to wander among, mainly because most of the churches are in the stretch between Ihlara and Belisirma (some 60). So we follow the route was down the 2nd access and go to Belisirma. We had gone with some friends in car, so that children do not get tired too, We decided to park one car at the 2nd entrance and another in Belisirma, to avoid having to make the trip 2 times.

Once paid the entry, we approach the viewpoint from which the whole valley is visible. It is striking to see the landscape in the middle of Cappadocia. And we began our descent into the canyon, 380 steps more or less. 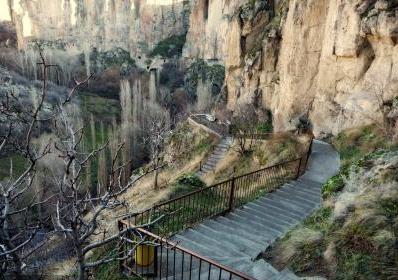 When you go down it begins to hear the pleasant chirping of birds and the sound of the stream that divides the valley into two. Once down the incredible sense of peace and well chilled, the truth is that on hot days is greatly appreciated. It is all this that has become one of the favorite places for hiking in Cappadocia. The Melendiz stream crosses the valley dividing roads and steep walls. 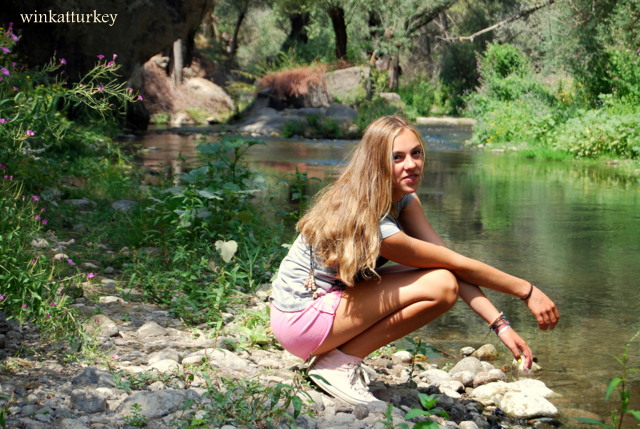 In the fourth century was a refuge for Christians fleeing the Romans and it was they who built the walls of the barrel hundreds of churches, hermitages and monasteries.

Formerly called Peristrema was the favorite retreat of Byzantine monks. Along the path

In times past it was an important religious center. No only churches in the valley, but also other interesting find in the nearby towns of Selime and Yaprahisar: Selime Kalesi, Dervis y Dogan Akin Church Church Slot, for example.

The most important churches are identified, others however are surprise when one by snooping around.

Here are some of the frescoes and churches that we. 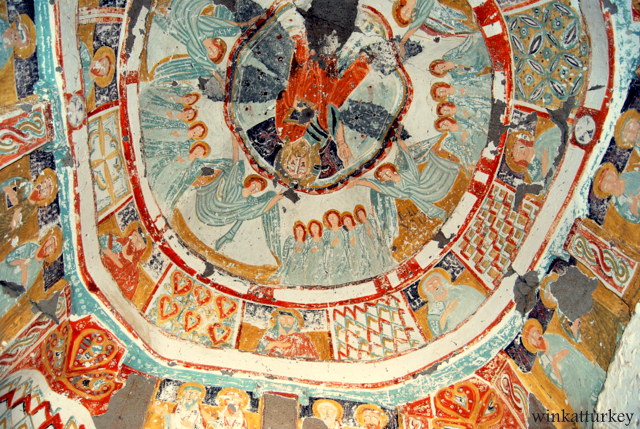 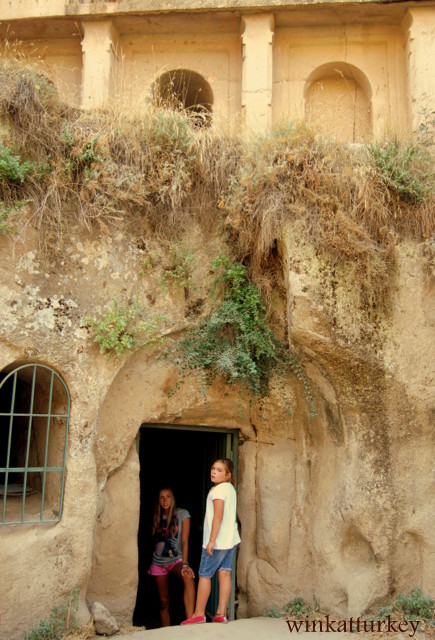 Along the way, one can sit and relax on the banks of the stream or stop to take a tea or snack in the tea garden there halfway. A very authentic place to have a gözleme or tea or soda. 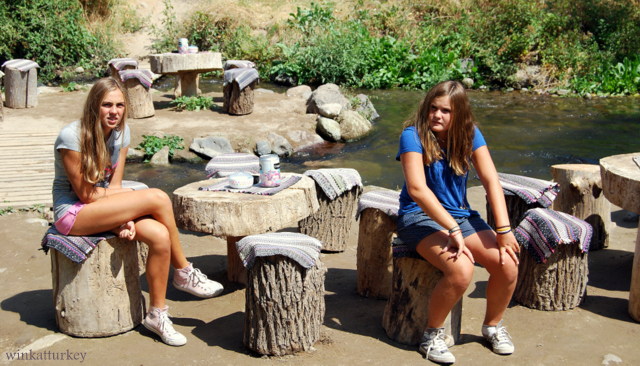 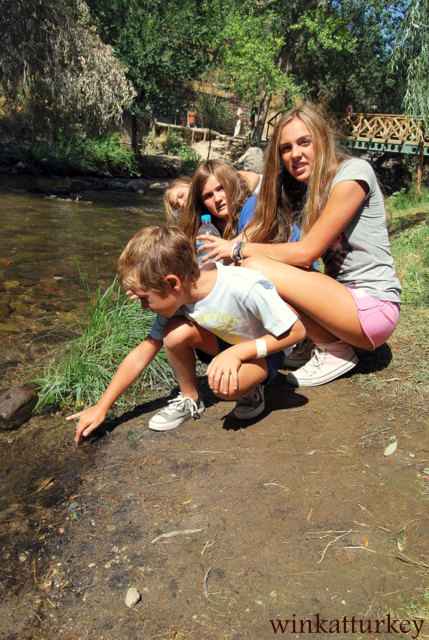 The morning flew by and was approaching lunchtime when we arrived at Belirsima, fue great find that Allie had several restaurants tennis river cottages on it to sit and eat. Pretty good food and very curious site. 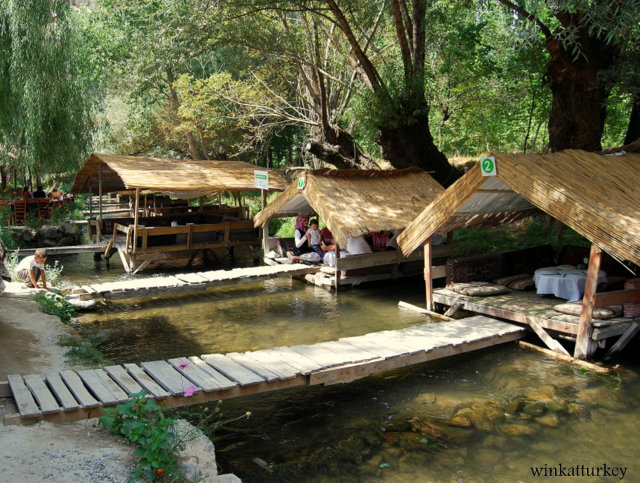 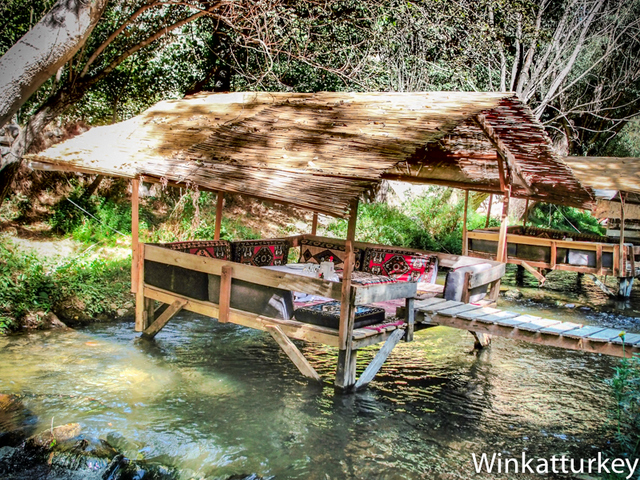 With a full stomach and tired to walk took the car and headed to Selime to see the monastery of the same name, unlike anything that you've seen before. What appears is actually a city carved into the rock, windows full of many forms. The price in the entrance to the valley.

To seize the day we decided to head to the underground city of Kaymakli, one of the best known. Although there are other places worth visiting on the road to Derinkuyu: The underground city of Derinkuyu yeralti sehri, Crater Lake Narlıgöl y Buca caravanserai Underground. These are options that interest you like to make some interesting route through the area.