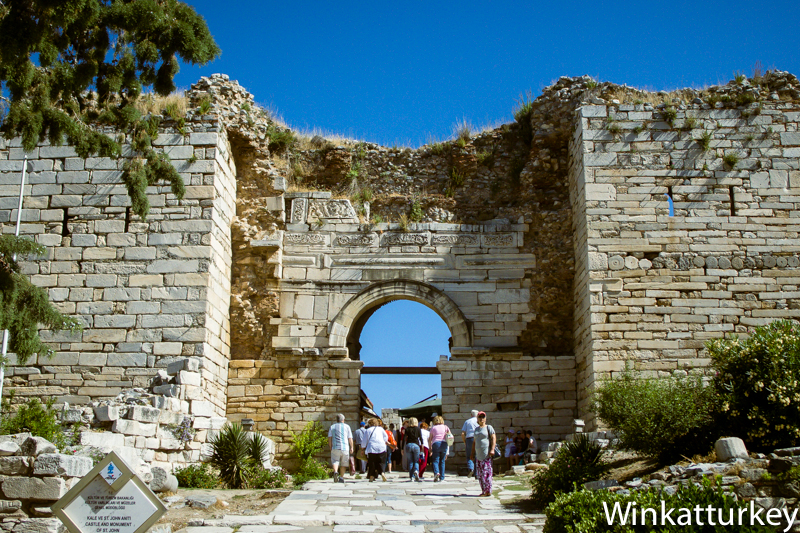 Although Turkey is a predominantly Muslim population, his leading role in the beginnings of Christianity in these lands provide many points of great symbolism for Christians. A Selçuk, the Ephesus ancient, are the remains of the Basilica of San Juan, where was the tomb of the Apostle and Evangelist. This fact is exploited by the Diocese of Izmir to organize a pilgrimage every last Sunday in May. It is one of the few Catholic public events taking place outside the churches and where you can contact members of the small community.

The Basilica of San Juan is in the center of Selçuk. When we arrived in town from the highway, see right Ayasuluk hill with a castle on top. At its side the remains of one are the most symbolic places for Christians. The Byzantine Basilica was built on the site of the tomb of the Apostle was. First Emperor Theodosius and two centuries later the Emperor Justinian wanted to give greater prominence to a particular sacred place. The Basilica of Justinian was a magnificent building in the shape of a Greek cross with five domes. In the place where the altar is the tomb was San Juan and was a place of pilgrimage for centuries.

The pilgrimage is organized by the Diocese of Izmir every last Sunday of May and buses parishes offer the faithful to scroll Selçulk. In the Basilica of San Juan one Mass celebrated by the bishop to Catholics who also come from many other places in Turkey held. Although Izmir has four million, Christian community is so small that it is not a rally, which increases the feeling of attending a truly special celebration.

Mass is celebrated in Italian, French, English and Turkish. Since that time in Izmir weather is sunny and, do not forget head garment and sunscreen because the basilica was destroyed by Tamerlane the Mongol army and act completely held outdoors.