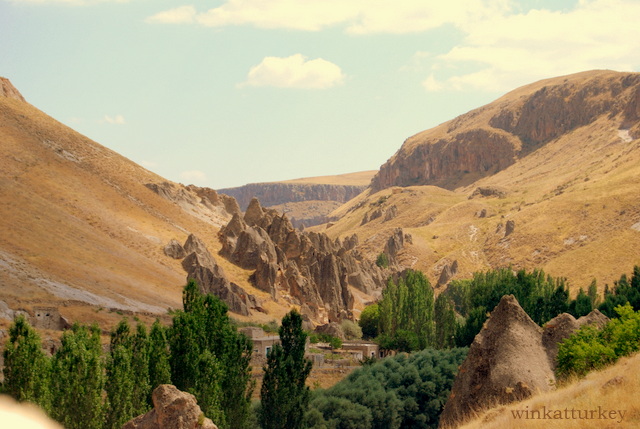 Not everything is in Cappadocia balloon ride and admire the spectacular rock formations called fairy chimneys, there are many other options including hiking and trekking or one of the places where you can practice is one of the spectacular valleys, found in the area, el valle de Soganli. A complex of religious buildings carved into the rock, some 150 churches, really interesting.

A 36 km south of Mustafapasa and to 25 km the Derinkuyu (one of the known underground cities).

Are 2 twin valleys, low and high Soğanlı Soğanlı. In principle were used by the Romans as necropolises and later the Byzantines first used for religious purposes, erecting churches carved into the rock.

Formerly the village was called Soandos, according to tradition was the last area invaded during the Arab invasion, then the name changed to Sonakaldı (left to the end) and eventually became the name Soğanlı. It was a troglodyte population.

Churches that are along the entire route dating from the ninth to the twelfth centuries. The location of the same is indicated throughout all the way.

The churches that are scattered and hidden throughout the valley had a very simple structure and will observe the walls as colorful interiors. In these paintings represent images of Christ, Santos, different animals and religious symbols. They also appear in some singular figures walls, possibly belonging to pre-existing cults.

The vast majority of churches are on the right side of the valley. The most relevant are:

– Karabas church: "Church of blackhead". It is located inside the valley is named after the fact that it contains are fresh faces obscured his very holy. In her images of the life of Christ are distinguished, San Gabriel and other saints. The image of a dove also appears, they were very important at that time for the monks.

–Tahtali Kilise:"Church of Santa Barbara". Not much left of it, but the Byzantines and Seljuk motifs in it are fairly well preserved. In fresh can distinguish the saint who has the same name.

– Serpentine church: "Church of the Snake". His frescoes were covered with black paint, likely to be protected. Upon entering the left you can see the image of the snake.

– Church Reserved: "Hidden Church". Tendreis that buscarla, because as the name says is hidden.

-Kübbeli Kilise: "Church of the dome". Known for its distinctive dome of oriental style.

It is also easily distinguished along the entire route pigeon, small holes in the rock and usually painted white. The monks used them to attract pigeons and so collect the guano deposited there, and later employed to fertilize their fields. They are very characteristic in this valley.

The tour of the valley can be planned as a nice walk or even organize a trekking route starting from one of the nearby villages. The walk is really interesting, touring the valley and discovered one after another the hundreds of churches, small buildings, lofts, etc. that are in place. Some of the churches are in very poor condition and do not have much to do, but others are very interesting. Anyway curiosearlas and go glancing at them we will discover interesting fresh, their curious structures and bring us to get an idea of ​​how people lived at that time. The tour of the valley will take us at least 3 hours, so you can count on that all the morning llevará.

Near the entrance there is a small restaurant with a garden full of fruit trees and tables set in the shade, in preparing a pretty good food. A great place to try a Turkish Kahvaltı, is your breakfast, but we asked many times to eat, because it really is very complete. In Kahvaltı cheese served with delicious honey like the homemade butter.

Garden restaurant at the entrance to the valley

Reaching the valley Soğanlı transport is not easy. So the options are to rent a car, go by public transport to and from there Yesilhisar take a taxi or catch a circuit 1 day out from the Göreme Urgup. 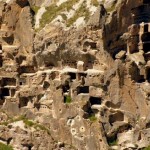 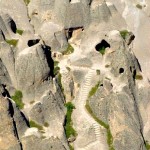 Detail of stairs to one of the buildings in the area 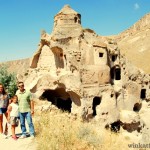 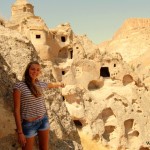 One of the churches in the valley 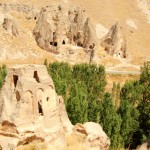 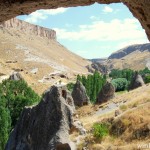 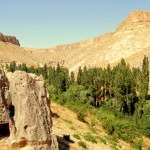 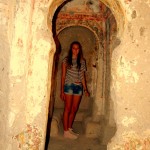 Inteerior of one of the churches in the valley 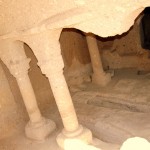 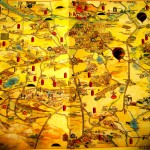 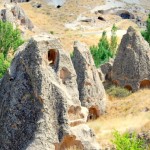 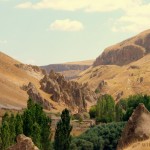 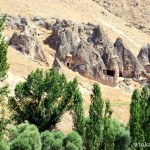 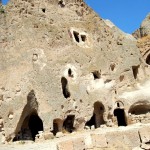 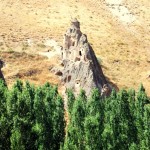 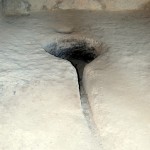 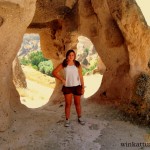 Rock formations in the valley 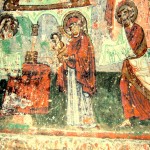 Detail of the frescoes of the churches 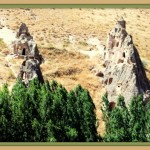