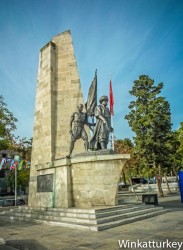 Like many great men of arms, Hayreddin Barbarossa was admired by his countrymen and reviled by his enemies. While in the western Mediterranean, especially in Italy and Spain, Barbarossa is remembered as a feared pirate, for the Turks he is the Great Admiral of the fleet that gave them naval supremacy for nearly half a century, until the battle of Lepanto in 1571. Curiously, he has not gone down in history with his real name, Hayreddin since he was granted by Sultan Suleiman the Magnificent and means “the best of Religion”; while Barbarossa was the nickname that Christians gave his brother Oruç, who did have a red beard and died in battle against the Spanish, then adopting Hayreddin the nickname Barbarossa in his memory. His tomb is located in a beautiful plaza on the shores of the Bosphorus and the mausoleum was built by the greatest Ottoman architect, Mimar Sinan. 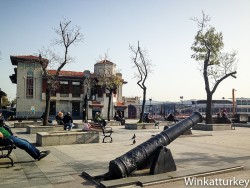 In fact, Barbarossa was called Hızır and was the second son of an Ottoman gentleman named Yakup Ağa and Katerina, his Greek Orthodox wife . Born in 1478 in Mytilene, the capital of Lesbos island and became a sailor as his brothers, among which highlighted Oruç. They first engaged in commerce but soon became corsairs. This activity took them to the western Mediterranean where their incursions from North Africa shores were a nightmare to Spaniards. 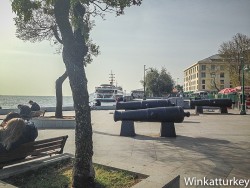 Oruç became the governor of Algiers and his pirate kingdom became a real power in the area. In 1517 He gave the province of Algiers to the Ottoman Sultan seeking his support and protection. Emperor Carlos could not tolerate this situation and launched an expedition that ended with the Turkish governor death before the Spanish troops during the fall of Tiemecen. However, his brother inherited his nickname Hayreddin Barbarossa and also the Corsairs command.

Hayreddin proved to be a sailor still more skillful than his brother, defeated Christians numerous times and hit the coasts of Spain and Italy where he captured many slaves and ships. The Sultan understood the importance of having him as Grand Admiral and in 1534 Hayreddin began a second career as head of the Ottoman imperial fleet. His victorious campaigns supported by France continued until 1545, when he retired to Istanbul after consolidating the Ottoman dominion in the Mediterranean. Today lies in a beautiful mausoleum built by Mimar Sinan besides the Bosphorus. 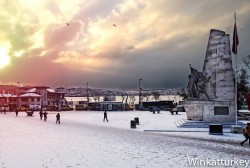 Barbarossa park is next to Besiktas ferry station , one of the most visited by tourists. However many people keep on going without knowing that the octagonal building surrounded by a small cemetery is the tomb of the greatest seaman of the Ottoman Empire. There is also a monument in his honor representing a ship prow and next to the Istanbul maritime museum. In the square, located at the seashore, we find benches to contemplate the incessant bustle of boats and ferries that sail the Bosphorus and the maritime station is a good choice to take the ferry for our visit to the nearby Dolmabahçe Palace.

View of the square of Barbarossa

Canyon near the Maritime Museum

Inside the mausoleum of Barbarossa

Dome of the mausoleum of Barbarossa