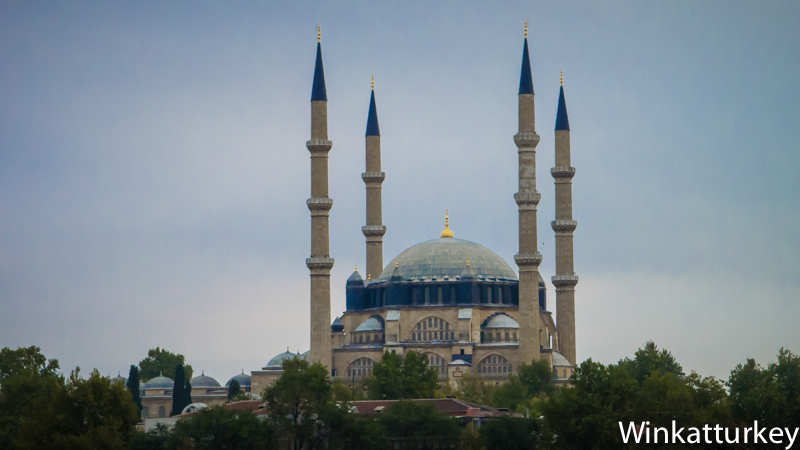 When the best Ottoman architect, Mimar Sinan, He finished the monumental mosque of Suleiman the Magnificent, Christian architects said the largest dome could be built was, evidently, the Hagia Sophia. Not without some irony, Sinan claimed that the teacher would have done more if I could have dome and thus, would have shown the superiority of Islamic architecture on Christian. These comments should resonate in your head for years Sinan, because at age 80 years decided to take up the gauntlet and build the largest dome of Hagia Sophia in the neighboring city of Edirne. The Selimiye Mosque was his masterpiece but for reasons that have never met, the majestic dome of the building not exceeded in size to the Hagia Sophia. However, scarce three feet difference between the two domes are not an obstacle for the visitor to feel that you are one of those works that mark a milestone in world architecture.

The Selimiye Mosque is located in the center of the historic city of Edirne, the capital of Thrace and former capital of the Ottoman Empire. Was funded by Sultan Selim II and was built between 1569 and 1575. Like many of the imperial mosques, is surrounded by a complex that integrates a hospital, a school, some bathrooms and a shopping area. Being situated on an elevated terrain, the magnificent building can be seen from far away, dominating the skyline. The mosque has four minarets 83 meters high were the highest ever for the world.

The interior of the mosque is dominated by the massive dome. Mimar Sinan wanted the building to have the uniqueness of the mihrab could see from anywhere in the mosque, impossible in other temples because inside is usually highly segmented. The dome rests on eight large arches that increase the feeling of spaciousness mezquita.El result of all this is a symmetrical building, both outside and inside, symbolizing perfection. For his part, the central dome represents the Empire.

During the siege of Edirne by the Bulgarian in 1915, Artillery attackers reached the dome but the building of more than three centuries old withstood the impact and demonstrated the strength of its design. Damage remain significant because Mustafa Kemal Ataturk ordered no chipping so that future generations can understand the senselessness of wars.

This building alone justifies a visit to Edirne. Buses from Istanbul we can fetch and carry on the same day, Edirne but has enough attractions for a night and enjoy their buildings, many of them built by Mimar Sinan. 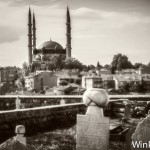 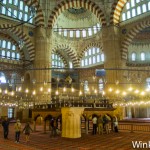 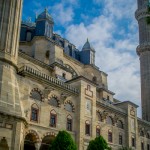