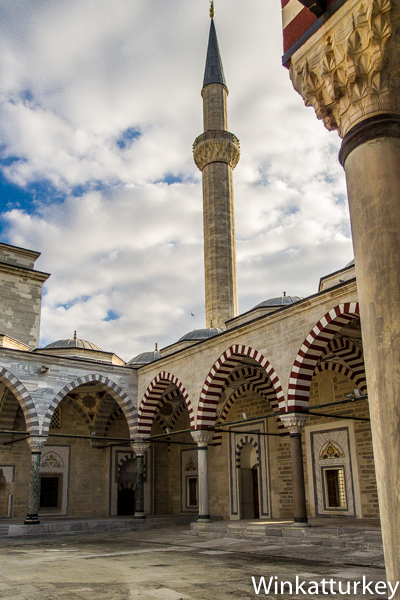 Edirne, ancient Adrianople, is one of the best day trips you can do from Istanbul. In fact, the former capital of the Ottoman Empire and favorite city of many sultans over its housing court, deserves to spend a couple of days Allie. The complex is another Beyacid visits recommended in Edirne. Located on the bank of the river Tundja, his mosque, medical school and hospital, today converted into a museum of health, is a stopping point obliged. In 2004, The museum was awarded the Council of Europe.

Commissioned by Sultan Bayecid II, in 1488 Construction of the complex was completed that bears his name. The place is located across the river Tundja, northwest of the city. Its location led to problems with flooding at various times in history, but that has not stopped to this day you get one of the most beautiful resorts of the Ottoman era. These centers were usually built around a mosque and schools could accommodate, Social eaters even the markets. The Beyacid was devoted to medical science and religious building was accompanied by a medical school and a mental hospital.

Hayrettin architect designed a beautiful mosque with a dome and not used in normal construction stone in Ottoman architecture as granite and verdigris decoration. The style would be halfway between the beautiful mosque of the three balconies and pride Selimiye master Sinan. It is a very quiet place, its courtyard and gardens that contribute to a feeling of seclusion relaxing place.

Next to the mosque museum where we can see how studying medicine in the old Ottoman Empire is. Oriental expertise and Byzantine heritage became the Turkish medicine in one of the most advanced. The mental hospital is also included in the current museum, is an example of these advances. Elsewhere in Europe, these patients were simply locked and immobilized with shackles violent. Most Beyacid, became fully implemented innovative music therapy treatments, aromatherapy and water therapy. The treatment was free and had the capacity to 32 in addition to an internal outpatient area. It was in operation until 1916.

With the conversion into a museum by the University of Thrace and the subsequent award of the Council of Europe, has helped protect this complex and place it on the map of attractions Edirne.